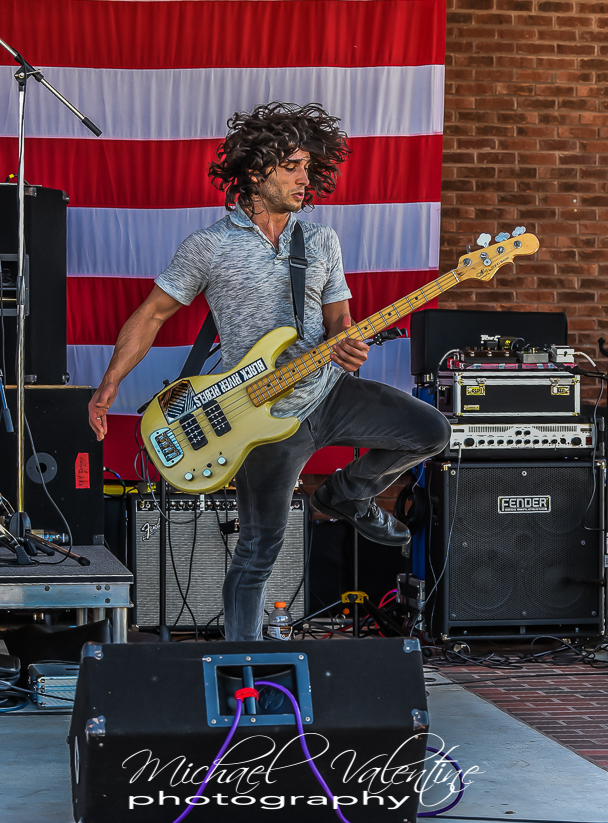 The dancing bass player, Tony Hossri! Native to Atlanta Georgia, Tony began playing guitar at the age of 14, playing in bands in his neighborhood and doing impromptu shows in the “Cul-d-Sacs”. By the age of 17 Tony realized that his calling was the Bass guitar, and began dedicating himself to perfecting his instrument. When he graduated High School, he attended the Atlanta Institute of Music where he studied “Bass Performance”. When he graduated he dove headlong into the Atlanta Indie Music Scene, playing with such bands as The Breaks, Green Eyed Stare and Downside Up to name a few. In addition, Tony is an accomplished songwriter and independent recording artist in his own right.

It was during his last year at the Atlanta Institute of Music when he was first approached by the John Pagano to join the band. But, because of his heavy school commitments and as Tony puts it “I was getting calls from all kinds of bands, alot of them not so good”, that he hesitated and told John he just could not commit to any project at that time. A year passed and once again John and Tony Hossri’s paths had crossed. John now getting towards the end of recording his latest CD “Make Room at the Table”, had gone through a wide variety of bass players. None seemed to fit the John Pagano Band. A mutual friend told John about Tony and said you should ask him to come in and lay down a track. John Gave him a call, and they realized they had spoken before. Tony came into the Midnight Circus Studios, he took one listen to the CD and said I Want in! “I finally found a band where everyone is a really good musician and they are dedicated to their craft”. From that day, Tony Hossri with his unique style, dynamic stage presence and superb musicianship, has become an important part of what makes the John Pagano Band Great!