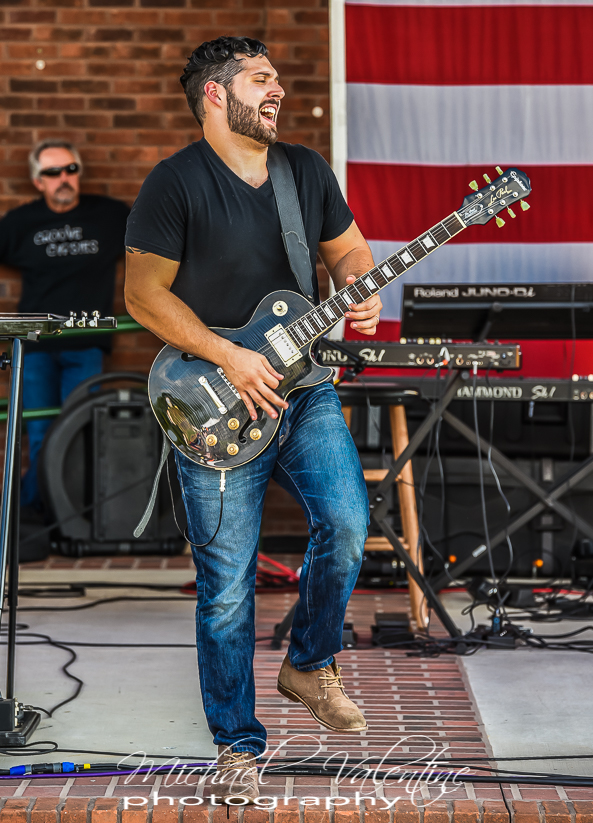 John Pagano started playing guitar at the age of 10 and it was clear that something special was happening here. This “Something Special” was recognized by legendary bluesman Sam “Bluzman” Taylor. Sam took JP under his wing and began to school him on the blues, or what Sam use to call “SAMerizing”. It was under Sam’s watchful eye that JP began to flourish as a musician and a bluesman!

John released his first CD in 2009 called, “Die Happy”. In that same year he went on to compete in the International Blues Competition representing The Long Island Blues Society. As The JPBlues band, whiched consisted of Pat Adkins (Gary US Bonds, Chuck Berry) on Drums and John Young (Ryan Leslie) on Bass. At the time John was 17 and was one of the youngest competitors to have entered into the IBC. Competing in the same venue, was Ruf Records recording artist Oli Brown. He and John struck up a fast friendship. Also in the same venue was the band “Trampled under Foot”, who went on to win the whole competition. In 2010, John once again competed in the IBC  this time as lead guitarist for the band Frank Latorre and the King Bees. Frank Latorre, a grammy award winning harp player, can be heard on Johnny Winters last two CD’s as well as many other great recordings. Ironically competing in the same club that Year was Grady Champion, who, you guessed it, won the whole competition.

His second CD, “I Will Not Go Quietly” charted on Roots Music Report for radio airplay at #4 and remained on the RMR charts for 28 weeks straight. It was also voted by RMR as Top Blues CDs of 2011. Giving The JPBlues Band the nod, this CD has special appearances by Albert Castiglia and Caroline Aiken! This was unprecedented for an independent artist!

After graduating High School, John realized that music was going to be his career. So, while touring and Playing the local NY blues scene, he attended “Five Towns College” where he received a degree in Music Business. He knew that if he was to be successful as a musician and a band leader, he needed to become as adept at business as he had become at performance.

In 2011, John left the New York blues scene and moved to Atlanta Georgia. It is here that he met his drummer Shiloh Bloodworth, and in 2013 they both were hired to back Australian blues artist “Anni Piper” (Blues Leaf Records) on her first US tour, which was a great success. With the addition of Tony Hossri, JPBlues had put together a power trio, which took to the road and toured throughout the Northeast and South.

John’s newest CD,”Make Room at the Table”, was released in Sept 2013 and has received critical acclaim from the blues press and continues to chart on RMR Blues airplay Charts. Once again some of the top musicians in the Atlanta area came out to give John Pagano a nod and contribute to his latest CD, in addition to his new Band. Both Yonrico Scott (Derek Trucks, Royal Southern Brotherhood)  and Todd Smallie (Derek Trucks, JJ and Mofo) appear on this new CD.

John has changed the name of the band to the “John Pagano Band” to better reflect their music and direction!

John was voted by www.Truefire.com as one of their TOP 100 GUITARISTS “YOU SHOULD KNOW”!

It is clear that John Pagano’s searing, soulful guitar gives hope to the rebirth of passion and soul in music!